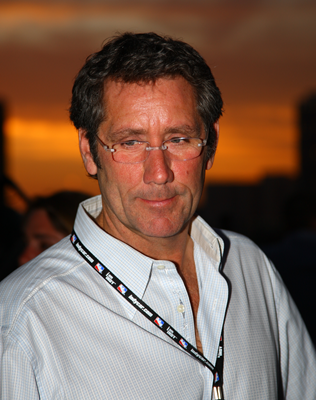 The long, torturous road that IndyCar racing has followed for a decade and a half just ran into another major fork.

It was officially announced today that Tony George, the 50-year-old grandson of Anton Hulman and the founder of the Indy Racing League, had issued a sweeping resignation that included his positions on the boards of the Indianapolis Motor Speedway, the Indy Racing League and its affiliated companies, and Hulman & Company. The announcement was issued by Mari Hulman George, Tony’s mother and the chair of each company’s board.

The news is the climax of a story that began on June 30, 2009 when George stepped down as CEO of the Indy Racing League and the Indianapolis Motor Speedway. While George has been unavailable for comment, it has been widely assumed that a power struggle between George and his sisters Kathi, Josie and Nancy over the assets expended by the Hulman-George family companies to maintain and manage the Indy Racing League was the impetus for his action.

George’s positions at Hulman & Company and Indianapolis Motor Speedway Corporation were filled by W. Curtis Brighton and Jeffrey Belskus respectively. George’s now-vacated board seats will be filled at a later date, according to the IMS press release.

George will continue as the head of Vision Racing, the IZOD IndyCar Series team he founded several years ago, with his stepson Ed Carpenter as the primary driver. It is currently his only remaining link to a sport that he helped turn on its ear fifteen years ago.

To fans of IndyCar racing it hardly seems like over a decade and a half since George went public with plans to create the Indy Racing League. Citing rising costs, the reduction in oval racing, and the desire to protect the interests of the Indianapolis Motor Speedway which his family has operated for almost three quarters of a century, George broke with the Championship Auto Racing Teams (CART) group and established his own series that debuted in 1996. The subsequent "civil war" between the CART and IRL factions resulted in plunging ratings and revenues, the demise of both CART and its successor Champ Car, and the domination by NASCAR of the American motorsports scene.

Long-time observers of IndyCar racing will find no lack of irony in the fact that the Indy Racing League owes its very existence in part to Tony George’s desire to become more involved in the series’ management. Now, those desires have apparently been turned around as George has elected to focus on his homegrown racing team.

George’s departure creates an enormous power vacuum and a great deal of uncertainty at the top levels of Indy racing. Whereas Hulman & Company likely did not receive much in the way of day-to-day direction from George, the Indy Racing League has proceeded almost exclusively on the whim of George’s vision for IndyCar racing since its inception. George’s resignation also comes at a critical juncture for the IndyCar Series, as discussions and negotiations for a new engine and chassis package have been ongoing with an eye towards a 2012 launch for both.

In some fan circles, the resignation of Tony George may be seen as cause to celebrate - in fact, one prominent CART and Champ Car advocate termed George’s departure as having been "sent packing" by his family. Certainly, George has been a polarizing figure in IndyCar’s recent history, with the remnants of CART’s and Champ Car’s fans placing the onus of the sport’s decline squarely on his shoulders.

However, the celebration must be short-lived - George’s departure was preceded by the departure of Tony Cotman, a man upon whom many had settled their hopes for IndyCar’s future, to start his own consulting company. Meanwhile, Jeff Belskus, the new CEO of IMS and the IRL, has terminated over 40 employees and rumors persist that Belskus is exploring the possibility of significant changes to the Brickyard business model.

There is no questioning that George’s resignation signals the end of an era in IndyCar racing. However, some very large and worrying questions still remain about the beginning of the next.