A 2012 revolution is worth embracing

Share All sharing options for: A 2012 revolution is worth embracing

...And these children that you spit on
As they try to change their worlds
Are immune to your consultations
They're quite aware of what they're going through

Have you ever worked at a company that has gotten bought out by or has merged with a new parent business? If you have, then you know the feeling of panic and unrest that settles in when the new overlords show up with ingratiating smiles, chintzy corporate gifts with your new logo, and a medium-sized novel filled with new rules and office procedures that you must accept on pain of termination.

Some of that feeling has trickled into the IndyCar fan community with the news that the IndyCar folks are planning on a new chassis for 2012.

Why? Because they've heard some things about the so-called Delta Wing, which will be unveiled next week at the Chicago Auto Show. They've seen concept images from Dallara Automobili, the company that builds the current chassis. And some of the concepts are so revolutionary that many long-time IndyCar fans can't seem to wrap their minds around them.

One side effect of a 15-year philosophical war on the proper direction of open-wheel racing is that, like a World War I army battalion, many fans have dug trenches in which they have hidden themselves and their opinions against the specter of change.

It's something of an irony considering the dynamic and ever-changing landscape that was Indianapolis in the heady days of innovation. But the attitude also has roots in the native sentimentality that humans possess about their youth - the "good old days," as it were. Sports fans are also naturally resistant to change because they feel that change will destroy what made them fans in the first place.

A combination of all of this is to blame for some of the reactions to the new concept cars on the table for the 2012 IndyCar season. The tone ranges from mild skepticism to the belief that the new car will be another catastrophe in a year destined for them. 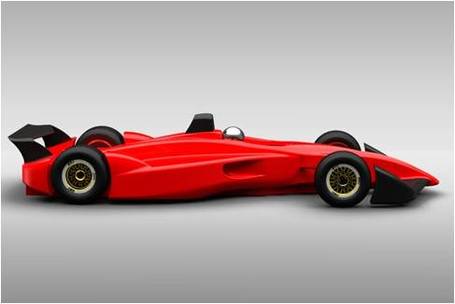 Let me offer an example. One interesting comment I read was that the concept above from Dallara looked "like a Hot Wheels car." Other folks thought that the way the rear of the chassis bracketed the wheels betrayed the idea of an open-wheel formula - "You might as well put fenders on it," they said. 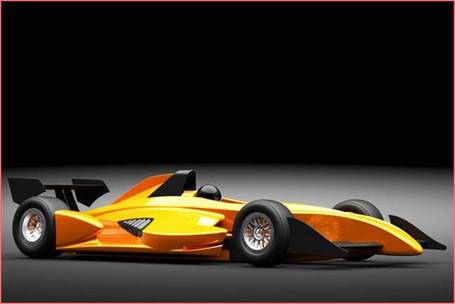 Another Dallara concept (shown above) reminded some of the more hardcore fans too much of the ill-fated Panoz DP-01 Champ Car. The fact that the DP-01 incorporated significant advances in racecar technology not seen in Indy-style car design in over a decade fell to the wayside in favor of a general distrust because the car was... well, a Champ Car and not an IndyCar.

Ironically enough, these Dallara concepts are rather less extreme than many of the other futuristic concepts that have been put forth in recent months. If these cars are too much of a departure, just wait until the Delta Wing is unveiled... or, for that matter, the concept designs expected soon from Lola and Swift.

Now, this is America and everyone is entitled to freedom of speech. Additionally, the Internet has assured everyone with an opinion that they will have a forum to express it. So I don't begrudge people their skepticism or even outright dislike of concepts that are revolutionary rather than evolutionary.

But come on. When was the last time the IndyCar Series stood for innovation and forward thinking? At least outside of the rarified atmosphere embodied in press releases? What's so wrong about a car that looks like a Hot Wheels toy? I remember as a kid that I loved shopping for the really cool-looking Hot Wheels and Matchbox cars. I hate to say it, but the majority of American kids don't buy Dallara 1/64th scale toy cars to play with. They buy the Hot Wheels. Imagine if those Hot Wheels they drive around on their living room rugs showed up for real at an honest-to-goodness racetrack. You don't think they'd be excited and want to see more?

Here's my point. The time for being frightened of brave new worlds is over. The trench-digging philosophy didn't work in World War I and it's not going to work in IndyCar. To move forward, one must be ready to take steps - sometimes big ones - over uncharted ground.

A while ago, the IndyCar folks held a tweetup at the IMS Museum. The Museum is a nirvana for car guys and gals, because a whole century of auto racing innovation is there for the devouring. There's one section of the Museum that has a lineup of race cars that have won the 500-Mile Race from the earliest days to the present. And you can't help but notice that when the lineup reaches a certain era, the cars all start to look the same.

Would it be so bad for the 2012 IndyCar to represent a revolution, even if it shakes the very core of what an IndyCar looks like? If ever there was a racing series in need of a shakeup, IndyCar is it. It's been far too long since we have had to face the unknown in the sport in any other capacity besides finances and car counts.