Mapping the Road to Indy

Share All sharing options for: Mapping the Road to Indy

At some point in American racing history, Indianapolis was the Mecca for auto racers and the Borg-Warner Trophy was their Holy Grail.

That is not the case today. Nearly every American youngster with dreams of becoming a motorsports star has both eyes fixed firmly on an otherwise unremarkable beach area in southeastern Florida.

There are a hundred reasons why this shift in thinking has happened, but one of the most important is that the racing landscape in the United States acts like one big funnel into stock car racing and not IndyCars.

For years, the Road to Indy (as the ladder system to IndyCars has been called both officially and otherwise) has been strewn with roadblocks, potholes and misdirections. It was not simply a question of opportunity - it was a very real confusion over which steps to take and where to take them.

The picture lately has become somewhat clearer with the recent overhaul of the IndyCar ladder system, but there is still some distance to go before the pipeline from the grassroots to the Brickyard becomes unclogged.

Historically, the Road to Indy ran straight through USAC. For years, aspiring milk drinkers began their careers in the USAC ranks, driving big-engined, lightweight race cars such as the Midget and Silver Crown classes on dirt and asphalt ovals. In the days of yesteryear, there was a direct connection between the front-engined USAC cars and their bigger brothers on the IndyCar circuit - in fact, during the roadster era there was as much connection, visually and spiritually, between USAC’s "minor league" machinery and IndyCars as late-model stock cars have with NASCAR’s top-level race cars.

The rear-engine revolution in the 1960s, however, began the process of divorcing the traditional USAC sprint/midget ladder from the top-level expression of open-wheel racing. Gradually, the front-engined, highly-muscled and thin-wheeled roadsters gave way to rear-engined, wide-tired winged formula cars. But while the technology and equipment began to adhere more closely to European-style open-wheel formulae, because of the heavy involvement of USAC the mindset of the series with regards to the available talent pool did not evolve as quickly.

As IndyCar continued its transformation into rear-engined open-wheel racing, gradually a loose collection of lower level American-based series emerged that catered to that type of racing, including the SCCA Formula Ford and Formula Super Vee and the Atlantic Championship series at the end of the 1960s. However, none of these series had an official connection to IndyCar racing. USAC belatedly stepped up into rear-engine formulae with its "Mini-Indy" program (based on the Super Vee platform) in 1977, but that program ended with USAC’s withdrawal from IndyCar sanctioning in 1980. 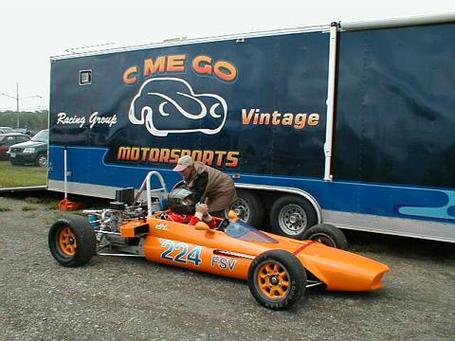 It was not until 1986 when CART introduced the American Racing Series (which became the Firestone Indy Lights Series five years later) that the top level of the sport had an official, standardized rear-engined open-wheel feeder program. Critically, the Indy Lights program was the first rear-engined open-wheel feeder series to contest races on ovals. CART operated the Indy Lights program until 2001, when the series’ failing finances led them to terminate the series in favor of an affiliation with the Atlantic Championship. The series was reconstituted under the Indy Racing League’s sanction as the Infiniti Pro Series (later Indy Pro Series) and was renamed the Firestone Indy Lights Series in 2008.

The shifting political climate in US open-wheel racing, however, conspired to muddy the waters for up-and-coming drivers. During the 1990s and 2000s, the number of junior open-wheel formulae expanded to include a variety of programs, including the Skip Barber National Series, Formula BMW-Americas, Star Mazda, and the US F2000 Championship. The number of driving opportunities soared, but the lack of a regimented ladder with specific goals and directions still eluded both CART/Champ Car and IndyCar.

What open-wheel racing needed was a roadmap for young drivers to follow to go from the grassroots up to top-level racing. On the NASCAR side, the progression from local tracks to the big time seemed fairly obvious. NASCAR sanctioned a selection of local tracks, and champions from those grassroots areas had a clear path through the NASCAR Regional and Touring Series ranks to reach the Big Three of the NASCAR Camping World Truck Series, NASCAR Nationwide Series, and ultimately the NASCAR Sprint Cup Series. In addition, other series such as ARCA and ASA offered opportunity for experience outside the NASCAR sanctioning umbrella, while USAC’s Sprint, Midget and Silver Crown programs with their front-engined cars now aligned more directly with stock car racing than with open-wheel.

That clarity of direction was missing from IndyCar racing until very recently. Even with so many new junior formulae available, there seemed to be no logical progression between the grassroots level and the top level. In fact, questions still remained about where the grassroots actually were. The Indy Racing League briefly dabbled in promoting grassroots racing when they sponsored the Stars of Karting Series, but when that series folded in favor of Championship Karting International (CKI), IndyCar did not make the transition.

For the past decade the "official" open-wheel ladder was limited to the Atlantic Championship on the CART/Champ Car side and the IPS/Indy Lights series on the IRL side. But while both series purported to offer a step up to the top level in each sanction, the reality was that those opportunities routinely failed to present themselves because of the political and financial realities each series faced. Champ Car experimented with the idea of a "scholarship" wherein the Atlantic champion would receive a stipend to apply towards a Champ Car drive the following season, but that program was extinguished after open-wheel unification. 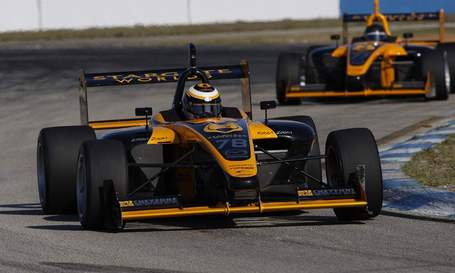 This year, the IZOD IndyCar Series has taken steps to reevaluate and restructure the Road to Indy ladder. Beginning this year, the IndyCar Series officially announced sanction agreements with both the Star Mazda and US F2000 series, and this weekend it was announced that IndyCar would begin supporting the Team USA Scholarship program that gives young American drivers opportunities to compete in the Formula Palmer Audi Series. With these steps, IndyCar put a final nail in the coffin of their reliance upon USAC for domestic talent - a reliance that was increasingly outdated and irrelevant with the strengthening of USAC’s relationship with NASCAR as well as their front-engined technology.

But while a formal relationship with Team USA, Star Mazda and US F2000 are positive steps for the future, much still remains to be done to legitimize the Road to Indy. Significantly, there is no current formal program at the karting level to develop and guide young racers into the Road to Indy ladder. Karting is the nation’s most prolific form of motor racing and provides an enormous wealth of rear-engine-trained open-wheel prospect talent; it behooves the IndyCar series to tap into and exploit that resource.

Once the links to karting have been reestablished, there needs to be an evaluation of how to bridge the gap between karts and junior formula racing. The most obvious choice would be the Skip Barber series - part of the MAZDASPEED development program along with Star Mazda - which offers entry-level regional programs that help drivers transition from karts to bigger, more powerful racing cars. The jump from karts to US F2000/Star Mazda is a much bigger one than karts to Barber racing. 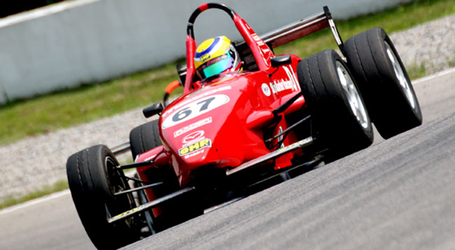 Another area that requires attention is establishing a rear-engined open-wheel oval experience in the junior formulae. Until recently, the first taste of this kind of oval racing for most aspiring IndyCar drivers was the Indy Lights series. Oval racing has gradually made an imprint on Star Mazda and F2000, but a more aggressive training program - particularly for high-speed oval racing - should be pursued to better prepare drivers for what awaits them in IndyCars.

Of course, none of these steps in the ladder are worth much if there is not some way of connecting them together. That is why a system of scholarships and incentives is necessary, from the lowest grassroots level all the way through the system, that ensures that the cream of the crop gets to follow the proper path up to the final destination of the IZOD IndyCar Series.

Still, for all the work remaining to be done, that which has been done thus far by the IndyCar series to solidify the Road to Indy should not be minimized. They seem to be aware that the future of the sport is on the line. With luck and hard work, there may come a day when the eyes of an aspiring young racer do not automatically focus on a Florida beach, but on a yard of bricks in central Indiana.