It's been a great pleasure to sift through the responses to our informal survey about IndyCar fans' all-time favorite chassis.

The nominations ran the gamut from old cars to new, from front-engined roadsters to rear-engined bullets. And yes, even the DeltaWing got a nod or two.

But in the end, the most interesting result of our survey was how the responses grouped fans into their respective generations.

The ever-popular debate over front-engined versus rear-engined race cars was well-represented, with the 1963 Watson-Offenhauser squaring off against the 1961 Cooper Climax for several fans' affections. But in terms of numbers, it was all rear-engined glory for most responders who preferred 1960s-vintage IndyCars. Easily the most popular car from that era ended up being Jim Clark's Lotus 38/1: 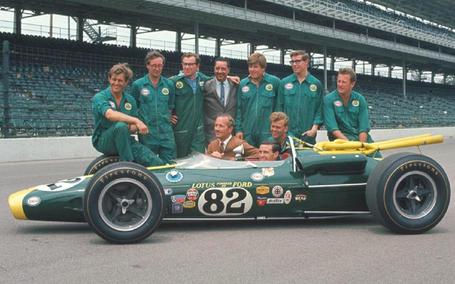 The 1970s-vintage IndyCars received the highest number of total votes, and in the end the fight was on between the mid-1970s McLaren racers and Johnny Rutherford's 1979 "Yellow Submarine" Chaparral 2K. "Lonestar J.R." ended up with the bragging rights as the ever-popular Pennzoil special came out as the top vote-getter in the survey. 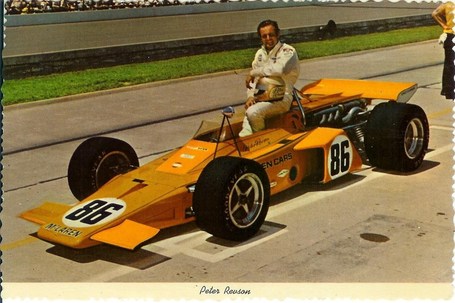 The next grouping of submissions centered around the mid-1980s, as the 1986 and 1987 March chassis monopolized the votes for that decade. The March-Cosworth 86C narrowly edged out its older sibling to take top honors. 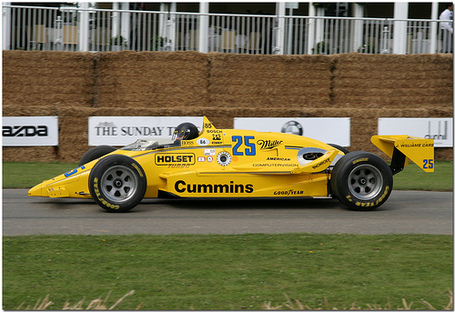 The early 1990s seemed to draw the most diverse collection of favorites from Indy fans. 1991 drew the most votes for a single year of IndyCar competition than any other in our survey, but fan votes were more or less equally spread out between all three chassis designers that competed that year (Lola, Penske, Truesports). 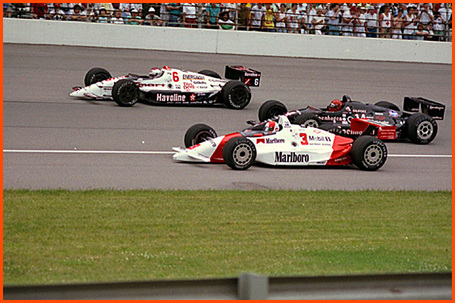 The most modern IndyCar chassis votegetter that actually competed at the Brickyard was the 1994 Reynard. The shark-finned droop-winged car was one of the last turbocharged cars to compete at the Indy 500 before the advent of the Indy Racing League. 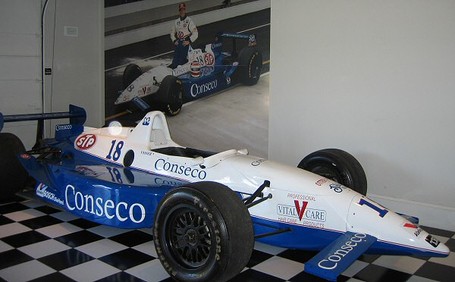 It is significant to note that our survey responses arrived in groups that centered around particular decades and, at times, on specific years in those decades. Although no detailed demographic information was collected in the survey, the most oft-repeated sentiment from our responders was that their favorite car achieved that status when they were younger - which would seem to make the choice of the 2012 IndyCar chassis' aesthetics even more critical.