THE BRONZE BADGE CHRONICLES: My First Badge, My First Day

Share All sharing options for: THE BRONZE BADGE CHRONICLES: My First Badge, My First Day

The moment I parked my car disaster struck.  I didn't even realize that I didn't have my keychain connected to my car key until I turned off the car at Indy.  My keychain had my house keys and I knew right then they were locked inside my house.  I didn't care.  For one thing I knew where the spare key was and I was about to walk through Gasoline Alley.  At the gate of the track I paid for my $10 ticket with a $20 dollar bill and nearly walked away before realizing I had forgotten to get my change back.  This is the first time I've ever had a "Bronze Badge" garage pass and I was that anxious to get inside.

(Editor's note: Don't have to pay at the gate with the Bronze Badge.  I didn't know and I guess they didn't see mine.  WILL write about it next time.)

Once inside, and once I reached the entrance to Gasoline Alley the camera was turned on and the battery would be nearly drained of its power when I was done.  I knew what I was getting into, but still was surprised at how close I was able to get to everything and everyone.  I took more than a few dozen shots and here's a few highlights.... 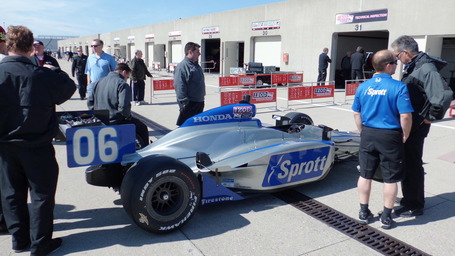 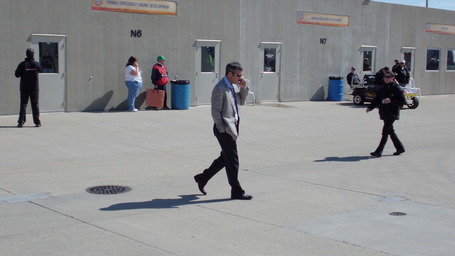 I took this quick photo of IndyCar CEO Randy Bernard on the phone....probably to Tony Cotman and hopefully laced with four-letter words about Roger Penske the owners wanting a delay for the 2012 car. 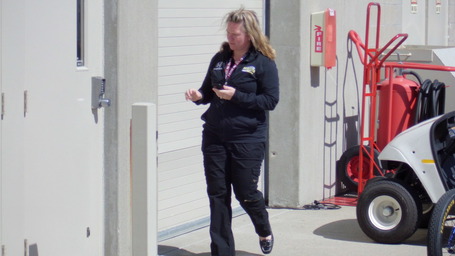 Now Sarah Fisher announced she was with child nearly a couple of months ago, but I doesn't look like it here.  Hell, it looks like she's plenty able to drive....but with how quickly Ed Carpenter was able to get up to speed I'd imagine she's plenty happy.

Now my first attempt at getting Pippa Mann's picture was disaterous (damn BlackBerry) and her face was blurred like she was in an episode of Cops.  She was gracious enough for a second attempt days later.  Thanks, Pippster. 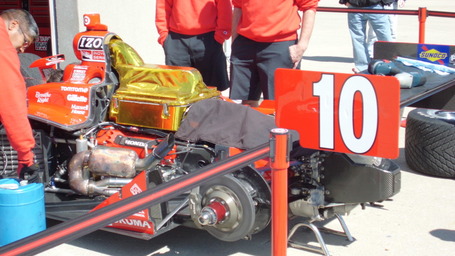 Dario's car without the engine cover is....golden.  Yea, lets see NASCAR try and put that much bling into an engine bay. 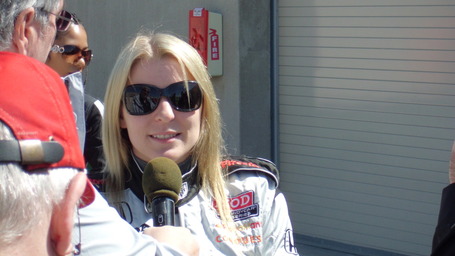 Pippa Mann being interviewed....sadly not by me. 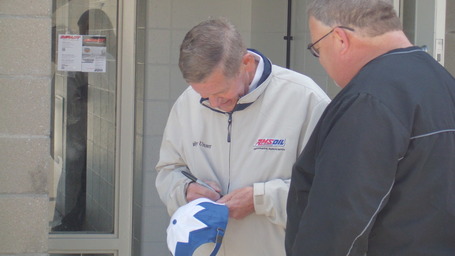 BOBBY UNSER.  LEGEND IN THE HOUSE. 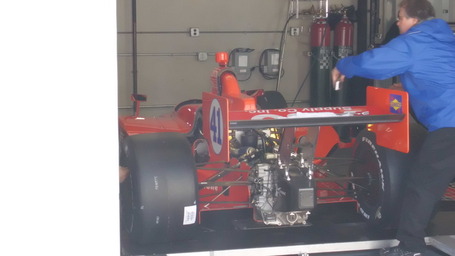 All of AJ's cars should look like this from now on. 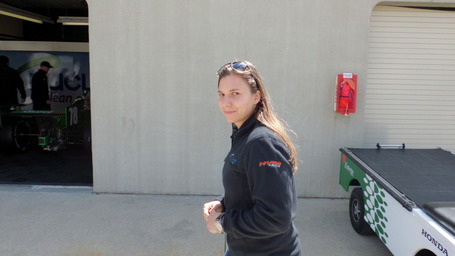 Clutch shot of the day.  At the last second I realized who was walking towards my direction.  I pulled my camera out of my pocket, turned it on, Simona gave me a quick grin, FIRE, BAM. 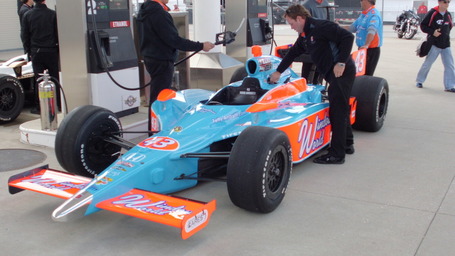 Took a quick photo of Rafa Matos....with an interesting reaction. 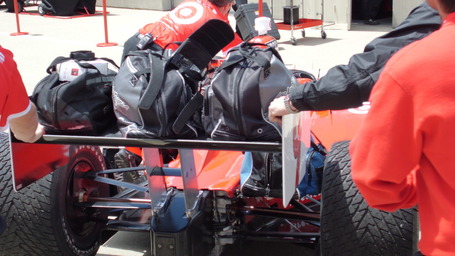 That's not what that wing is for, gentlemen.

That's all for now.  What a first day.  Amazing how close you get to everything and everybody.  I will try to go back Thursday afternoon and get even more shots.  Also, photos of the 2012 concepts and a trip to the museum is in order.

(....and yes I'm working on Power Rankings.  Laziness has taken its toll.)