Bored race car drivers are dangerous animals. Give them a rain delay or red flag, and most of them will pass the time giving full rein to devious behavior.

During today's rain delay at Indianapolis, however, instead of "pranks," some drivers were doing "planks." Planking, apparently, is the hottest viral craze since flash mobbing. 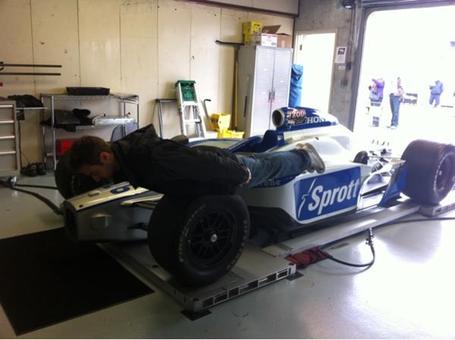 ...but Scott Dixon, as he has done in race practices during the Month of May, immediately came out and trumped it with a plank for the ages: 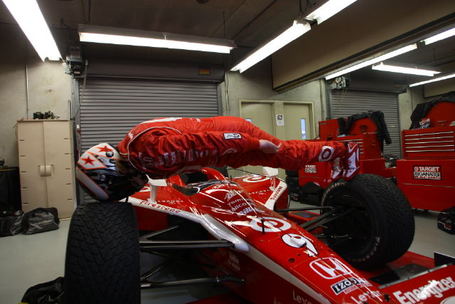 Not to be outdone, Tony Kanaan enlisted the help of his beloved Trek bike for his epic plank: 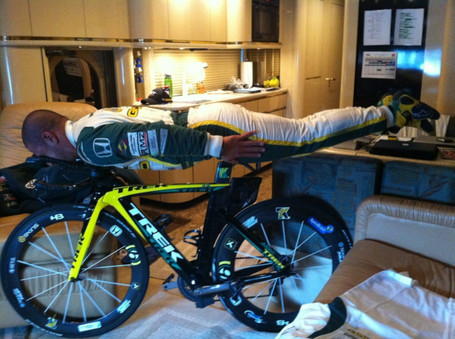 In the pantheon of time-wasters, this could be the most ridiculous. But it certainly livened up the Twittersphere during an otherwise stultifying rain delay.

UPDATE: IndyCar.com has a planking gallery of the best of today's shenanigans. And, thanks to some pressure from Tony Kanaan, I got in on the fun too: 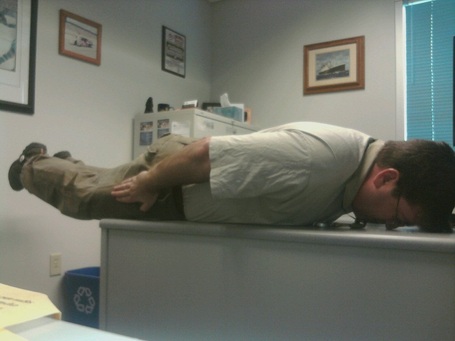