Share All sharing options for: The Paddock Pulse: August 17 Edition

It seems lately that I am bound and determined to take the very rickety bridges I have built with folks within the sport of IndyCar racing and not just set fire to them, but then subsequently defecate on the ashes while dancing an avant-garde waltz wearing only a strategically-positioned codpiece lined with duck feathers.

You'd think maybe I'd be a bit more cautious about cultivating my relationships with IndyCar, but I realized after the MoveThatBlock.com 225 that IndyCar would not reciprocating the favor. Being blatantly lied to to your face really sets one to thinking, you know what I mean?

I won't say that IndyCar hasn't done the blogging world an enormous favor, however, by creating IndyCar Rule 1.1C(2). IndyCar Rule 1.1C(2) is the most stupendous combination of deus ex machina and extended-middle-finger ever conceived in modern motorsports, and I'll be honest - it inspired me.

Thus, this week's Paddock Pulse will embrace wholeheartedly the concept of Rule 1.1C(2), and in place of the normal snarky comments on our blogosphere roundup, I will instead include choice quotes from Wim Wenders' 1987 arthouse classic, Der Himmel über Berlin.

Why? I could make up all sorts of excuses, like wanting to introduce you to a really exceptional piece of German cinema or making you want to curdle your own intestines in a pot of boiling water, but really it's because I can, bitches. 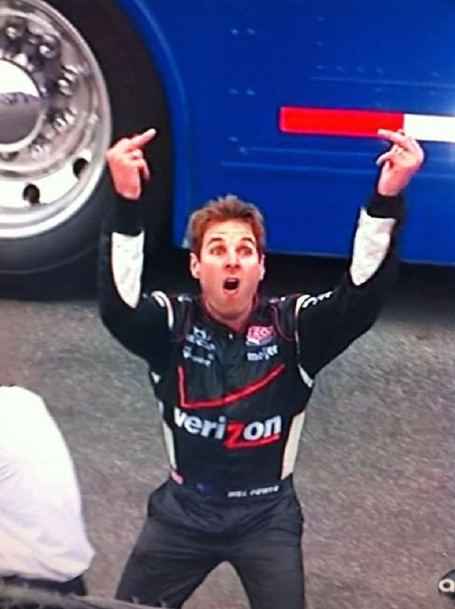 Last But Not Least

Stay alone! Let things happen! Keep serious! We can only be savages in as much as we keep serious. Do no more than look! Assemble, testify, preserve! Remain spirit! Keep your distance. Keep your word.