Share All sharing options for: THE BRONZE BADGE CHRONICLES: Year Two, Day One

Enough BS-ing, on with the show... 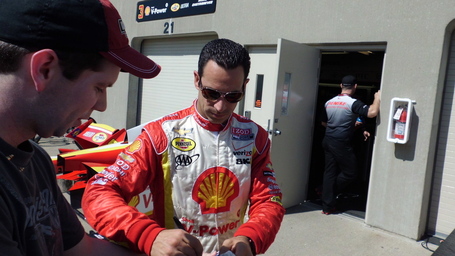 Here's Helio signing my brother's karting suit. His objective is to get as many drivers to sign the suit. Helio was the first, and definitely not the last. He got nearly a dozen signatures today. 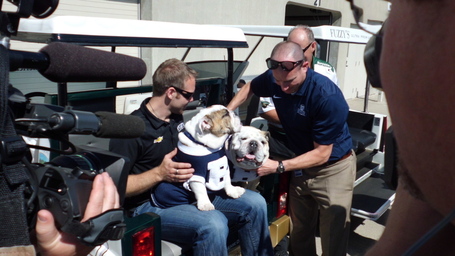 Eddie Carpenter with The Butler Bulldogs...literally. 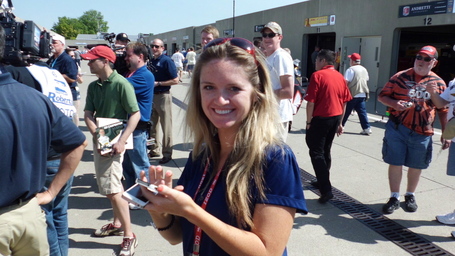 Lindy Thackston sighting!!! Amazingly, her iPhone was unbroken, which is why I wasn't sure at first if it was actually her... 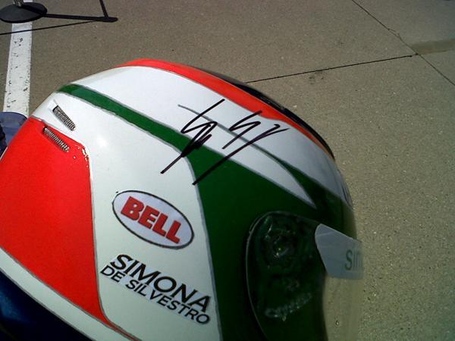 Simona signed my replica helmet of hers. Honestly, this was my primary objective for the entire month. Completed on Day One. She called it "Oh, the famous helmet!!!"

(and for the fourth or fifth time again...THANK YOU) 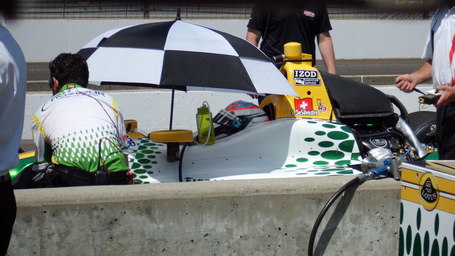 Forgot to get her picture while I was getting the helmet signed (MEGA DERRRRP!!!), so the best I could do right afterwards was get a shot of her in her office. 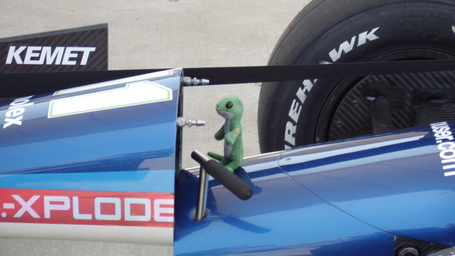 The front of Tony Kanaan's car. For extra downforce? 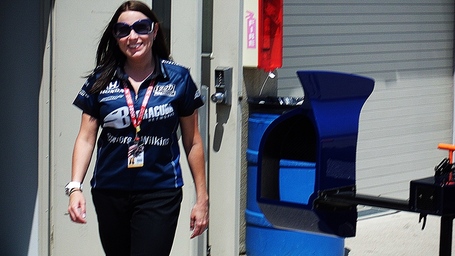 Quick pic of Monica Hilton, PR Czar of Bryan Herta Autosport (and the one responsible for my final and best pic last year: Simona with myself). We kicked the tires and shot the sh*t for several minutes talking about the finer things in life (negativity among certain fans, IMS track food, heat, Trackforum still sucking). Wait, NONE of those things were what you would call "fine"? HAVE YOU FORGOTTEN ABOUT YOUR LAST BLOG POST?!?!? KNOCK IT OFF WITH THEM NEGATIVE WAVES!!!

(In all seriousness, one of the nicest and bestest people in the garage) 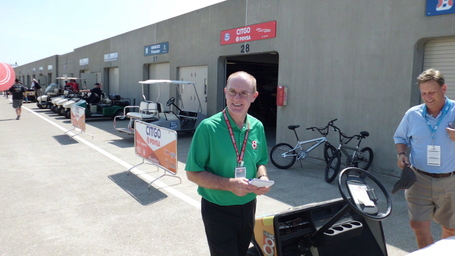 DEREK DALY. And his Irish accent. Wearing green no less. 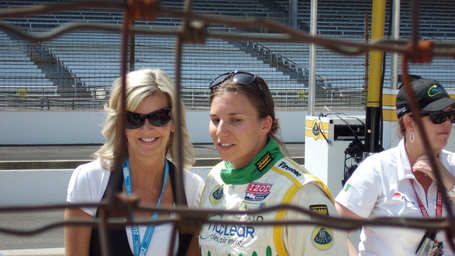 "DAMN. Nathan's STILL following me? And taking pictures? I guess the helmet signing wasn't enough for him...guess it's time for restraining order paperwork. AGAIN." IT'S GOING TO TAKE MORE THAN PIECES OF PAPER TO STOP ME, SWEETHEART. I'VE GOT A JOB TO DO.

...and that's it for day number one. I'm guessing day number two won't be as good, but not bad. I mean, HOW can it get any better than it did today?