THE BRONZE BADGE CHRONICLES: Sequels never live up to the first

Share All sharing options for: THE BRONZE BADGE CHRONICLES: Sequels never live up to the first

Of course I knew today wasn't going to be as good as yesterday. Getting Simona to sign my helmet was really the primary objective of the entire month. Nothing can top that.

Unless it involves motorcycle theft? 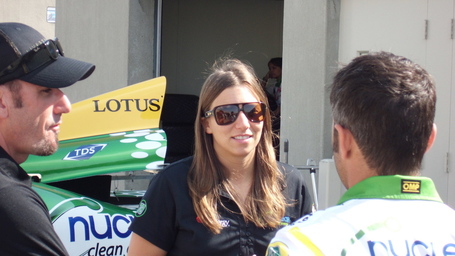 Eventually Simona's going to notice the same dude with an Iron Maiden shirt always following her around. Tomorrow I will put on a disguise: a t-shirt with NO reference to Iron Maiden. Yes, I actually own such clothing. 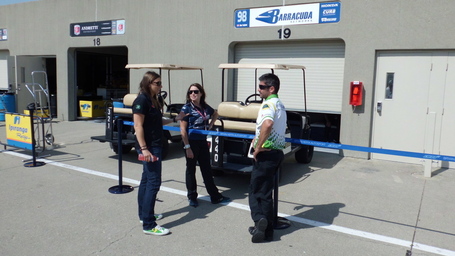 I miss those days... 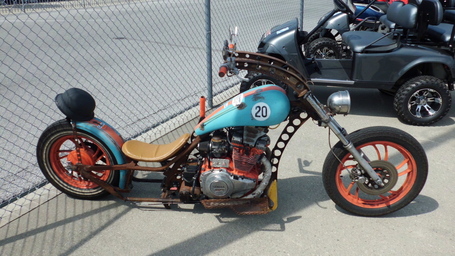 Beaux Barfield's chopper was alleged to be parked in Gasoline Alley and...OH F*CK, IS THAT IT? If Steve McQueen found a rusted cycle, rebuilt it using only an Erector Set, installed an engine from a 1969 Plymouth Roadrunner and sprayed it with his corrosive man-seed this bike would be the result. Oh, and tetanus shots required. 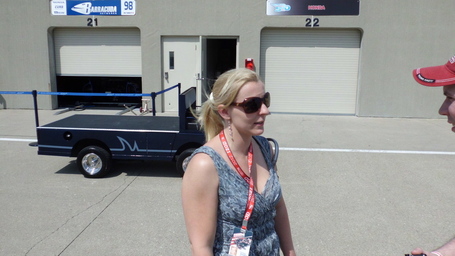 Pippa Mann in the house. She sounded hopeful that something was in the works...

What do you mean "this is a family-friendly event, so be sure to bring the kids"??? Anything involving Bronte Tagliani automatically gets tagged with a PG-13 rating. Minimum. NO ONE DENIES THIS. 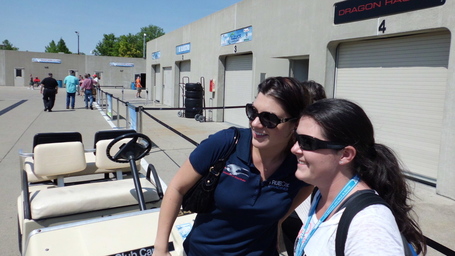 As you can see Kathernine Legge was in MUCH higher spirits this afternoon. She gets to attempt to race, and NO MORE LOTUS. 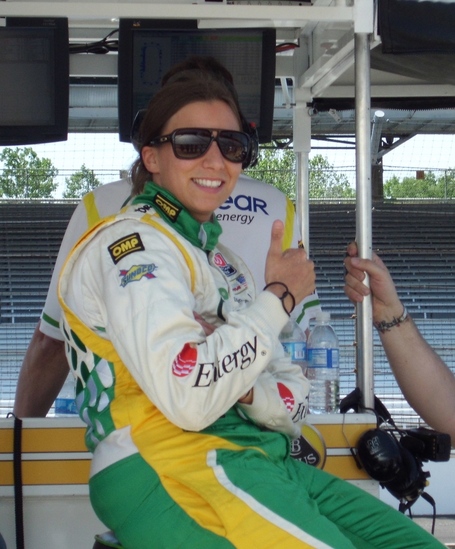 I'm not that strong.

Ironically, just before that photo was taken AJ Foyt drove his golf cart quickly past. I'm guessing if he had Lotus in his corner there could be various Lotus execs with some sort of head trauma. 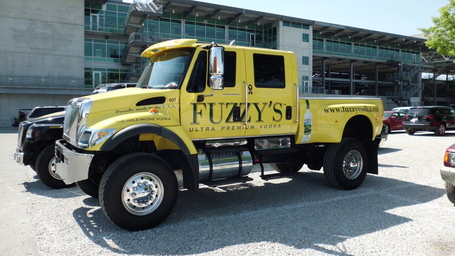 I WANT THIS IN MY LIFE.