With qualifications a day away today was "Fast Friday" (or as the Lotus teams would call it: "the day we go faster than NASCAR...sort of") and with it comes faster speeds. Also today was the last full day of practice, so this might be one of my last chances to get my picture taken with a certain Lotus driver that doesn't wear a hat from the 1920s.

No chance you say, since Monica Hilton (the one who helped me last year) does PR for Bryan Herta Autosport this year instead of HVM Racing. 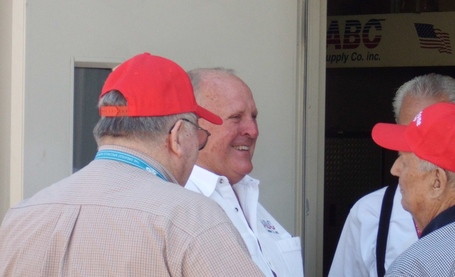 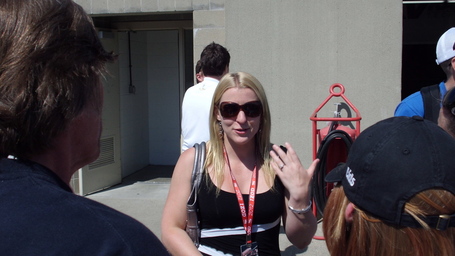 Pippa Mann still asking around for a ride...and still taking the time to talk to us fans. 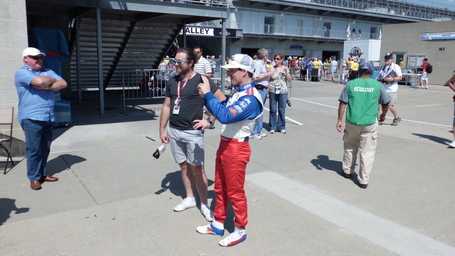 Fans are supposed to be the ones taking pictures of drivers. WADE, U R DOING IT WRONG. 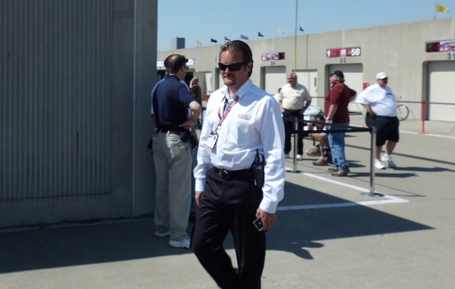 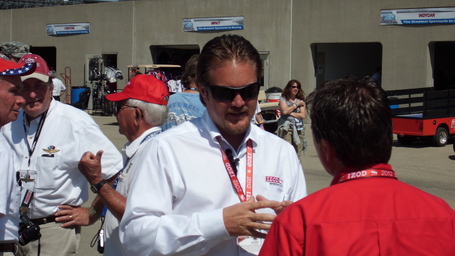 RESPECT. MY. HAIRSTYLE. For no one uses as much product... 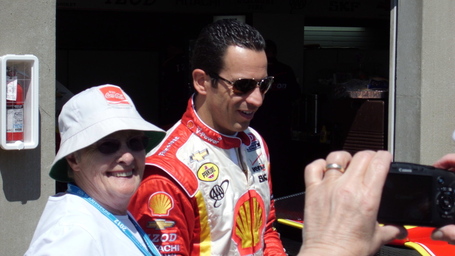 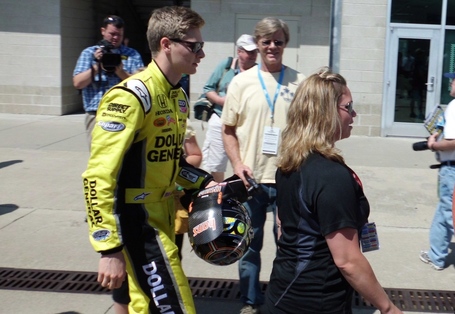 Sarah and Josef. Busy being awesome. 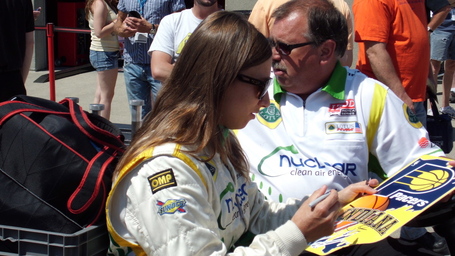 No, she's not a member of the Pacers...but still could've grabbed 15 boards over the Heat in Game 3. And sent LeBron into Row 7. 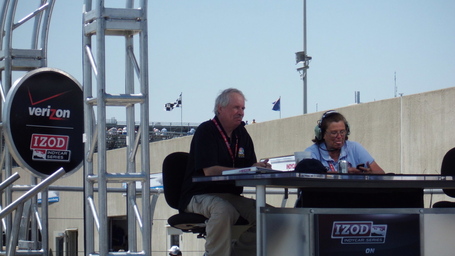 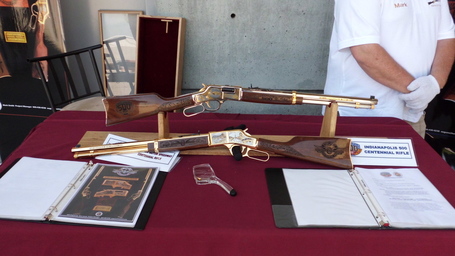 Naturally my very next picture after Robin Miller was weaponry. 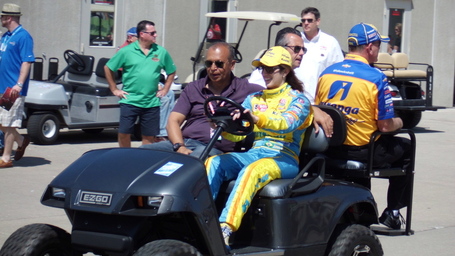 This is the look of a woman who not only doesn't have to drive the 2nd Dreyer & Reinbold entry again this year or a Lotus, but a woman who drives for Andretti Autosport AND ACTUALLY ENJOYS IT. 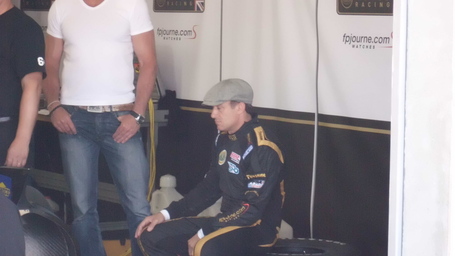 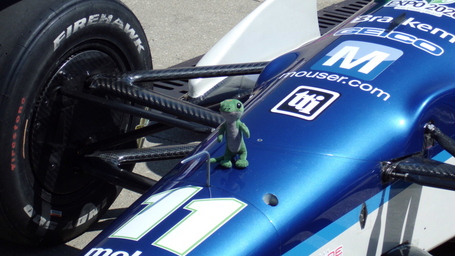 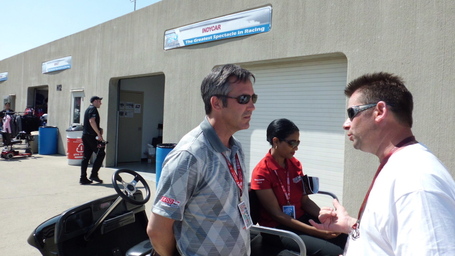 FACT: Moments after this pic was taken Mr. Bernard game him a fist-bump.

With that, the weekday editions of TBBC comes to a close. To answer my original question "Can I get my picture taken again this year with Simona, this time without any help?" 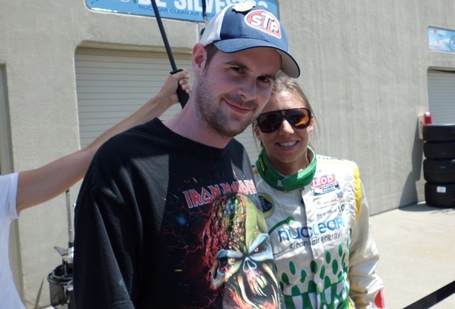 Thanks for the hundredth time, Simona.