Share All sharing options for: THE BRONZE BADGE CHRONICLES: The Time Trials mega-post

The weekend of qualifications. Naturally, this can't be a small one-day post. Many photos were taken over the course of two days, so this is a double-post of sorts.

...with a surprise on Day Two.

What kind of surprise?

Some say, he would've made Bump Day more interesting on the track. And that he DID off of it. 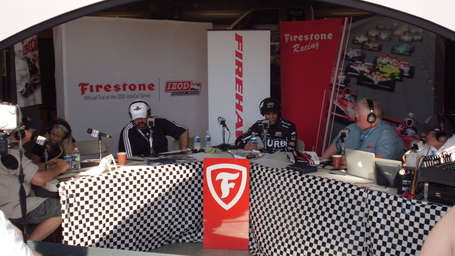 Stopped by the live broadcast of The Bob and Tom Show. Here is Bryan Clauson...before he hit the wall that day. 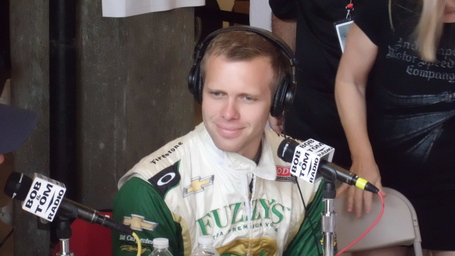 Ed was also there. He hit the wall, too. Do I sense a pattern... 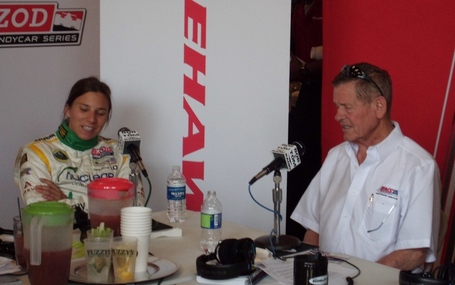 Simona de Silvestro and Bobby Unser made an appearance. Neither hit the wall Saturday...so much for that theory. 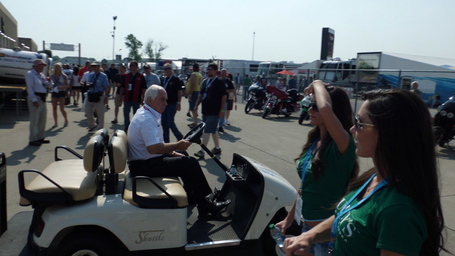 THE CAPTAIN. Not even Fuzzy's Girls can distract him. 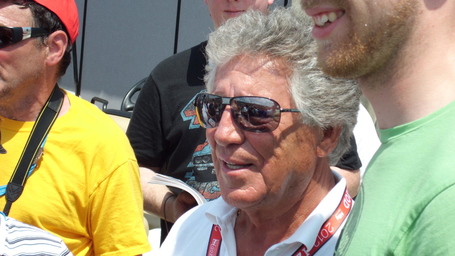 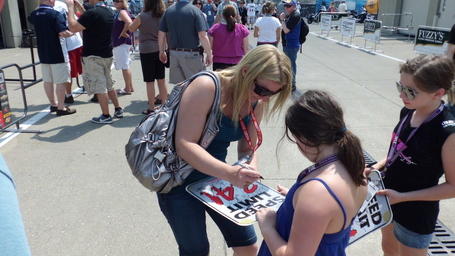 That morning Pippa Mann learned she wouldn't have a team/car/engine for Bump Day. Still signed things for fans despite the news. 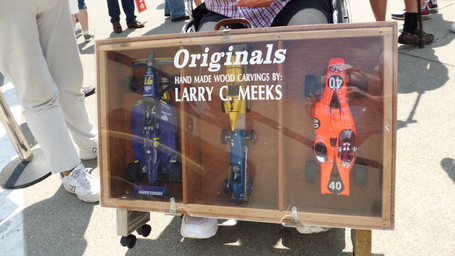 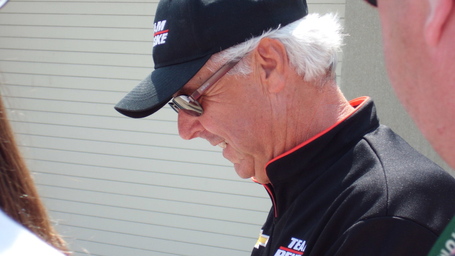 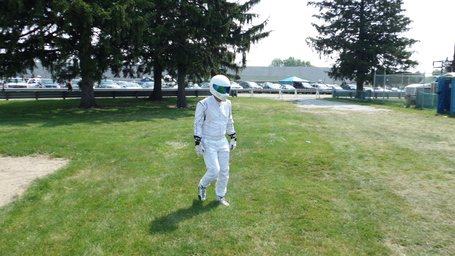 It appears The Stig wants to join in on Bump Day. Anybody got a T-car or an engine they can spare? 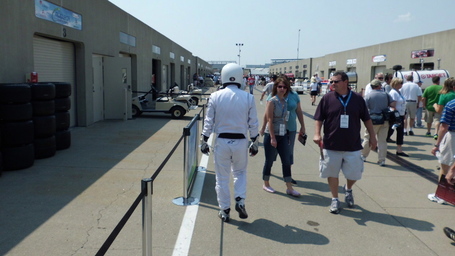 Wandering Gasoline Alley for such an opportunity.

But it was mostly fans who were interested in the Stig's presence... 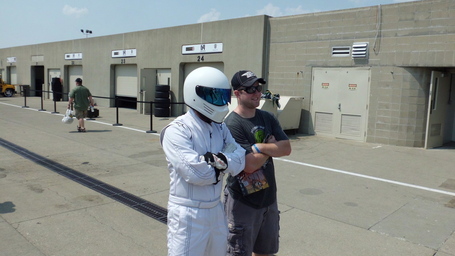 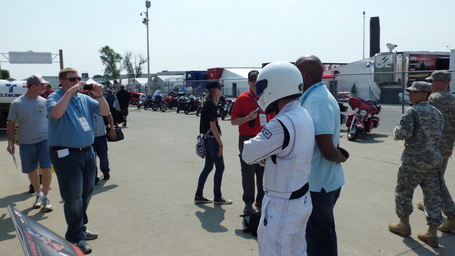 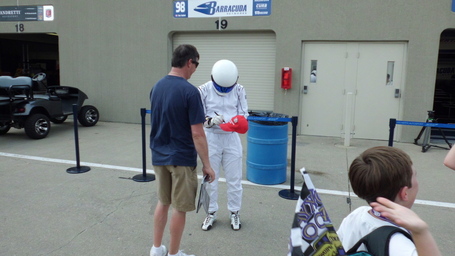 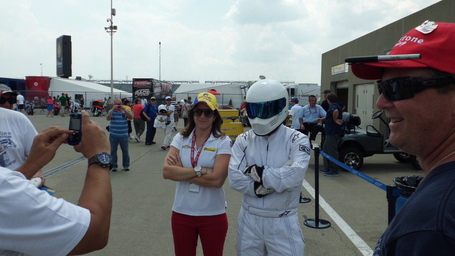 Even Ana Beatriz wanted to be a part of Stig Day (since Bump Day didn't happen). 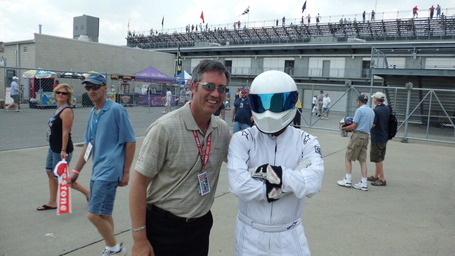 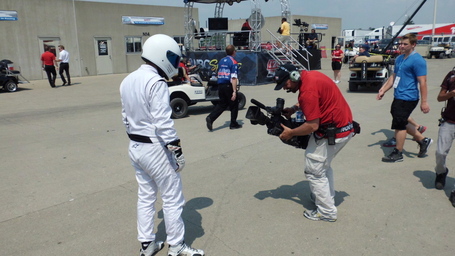 With no Bump Day drama, NBC Sports ran completely out of ideas... 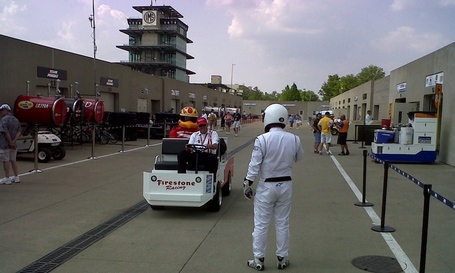 Quick question...did I go through the entire day without taking a single picture of Simona? 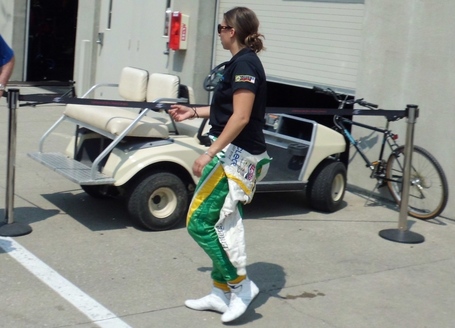 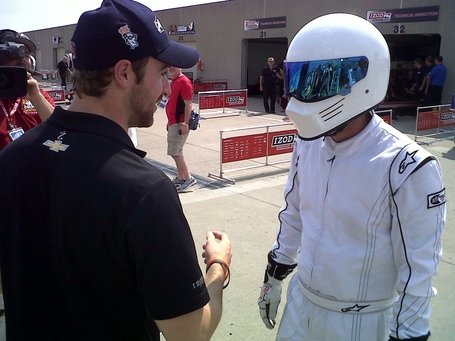